This post is based on a chapter of the book Nurture Shock.  I summarized some of the other fascinating topics in this book here, but this chapter deserved a post of its own.  I learned so much about teenagers from this chapter and was surprised and comforted by much of the information.  The following are five confusing or stereotypical elements of the teen years that the book addressed.  Read Nurture Shock to find out more about the various studies I reference here.

It is helpful to know that objection to parental authority peaks around age 14-15.  All that attitude you’re getting from your teen at this time is normal and temporary!  Many parents get nervous when they hit this period of heightened conflict with their teen.  It is hard to constantly get resistance and ridicule from your children, especially when they were once sweet and obedient.  Some parents think the best way to get through this time is to be more permissive and not set outright rules.  Their goal is to be a loving friend more than an authority figure.  They hope this will avoid tension in the relationship. But these teens tend to get in trouble because even though the parents are accepting and loving no matter what they do, the teens see the lack of expectations as a sign their parents don’t actually care – that their parents don’t really want the job of being in charge.

Successful parents set a few rules over certain key spheres of influence, and explain why the rules are there.  They expect the child to obey the rules, but they are flexible when circumstances come up (See Rules or Relationship?).  Over life’s other spheres, however, they allow and support autonomy, giving teens freedom to make their own decisions.  Studies show that parents who are most consistent in enforcing rules are the same parents who are most warm and have more conversations with kids.  It takes time and a lot of conversations to set and enforce rules. These parents speak and listen to their teens in a mature and respectful way, but still consistently implement limits.  Interestingly, the teens of these types of parents lie the least.

Teen brains are neurochemically different from adult brains.  They don’t get pleasure out of doing something mildly or moderately rewarding.  They seek thrills and extreme excitement because that’s what lights up their brain reward centers.  That dramatically increased pleasure response dampens their ability to assess risk and foresee consequences of their actions.  In abstract (in a discussion or on paper), teens can evaluate risks just like adults, but in the moment the rational part of the brain gets overridden by the reward center.  Also, teens try to prove they can handle things themselves, that they are grown-up and mature.  This is why they don’t seek out help from adults.  Luckily, as they become adults and their brains mature and develop, they acquire the same risk assessment abilities as anyone else.  Knowing this helps parents remember it’s not only their teen who doesn’t think things through or acts irrationally.  It’s just how teens are!  Parents still need to set limits and communicate with teens about how these actions will affect them, but they don’t need to overreact or get angry at the child for being that way.  Many times parents need to let their teens make decisions themselves and take these risks, to allow the teen to learn and grow from their mistakes.

Teens are also more highly attuned (again, neurochemically) to the opinions of their peers.  In one research study, the possibility of having their preferences displayed to an imaginary online audience vibrantly lit up the regions of the brain that signal distress and danger.  Yet when asked whether other scary situations were a “good idea” or “bad idea” the teens took longer to answer than adults and weren’t automatically stressed or scared.  Parents need to remember this when their teen is overly anxious about who they will see or what people will think.  It is not helpful for parents to say things like, “Don’t worry about that!” or “You’re being silly!”  It is a legitimate concern for the teen and parents need to empathize and listen respectfully.

Lying to and arguing with parents are some of the most typical and most difficult teen behavior.  But, if you flip them on their side you will see that they are actually signs of respect and attempts at obedience.  Studies show that most teens lie to protect their relationship with their parents, not to avoid punishment.  They don’t want their parents disappointed in them.  This implies that they care what their parents think and want their parents to approve of them.  This is not to say parents should condone lying, but simply see it from a different angle.  Realizing that it’s normal and that teens want their approval, parents can discuss the situation with their teens calmly, saying things like, “I’m upset that you didn’t tell me the truth.”  “We need to be truthful with each other to have a respectful relationship.” And, “It’s okay for you to say you don’t want to talk about something, but it’s not okay to lie to me about it.” This last one is especially important.  Teens need a way “out” if they don’t want to talk about something.  Teenagers do not want to tell their parents everything.  That is hard for parents, but remember that it is normal (probably how you were as a teen!).  Parents have to be okay with not talking about it – even letting it go.

Another comforting fact from recent studies: Moderate conflict with parents during adolescence is associated with better adjustment than either no-conflict or frequent conflict.  Surprisingly, studies show that in families with less deception from teens there is actually more arguing and complaining!  The way to reframe arguing is to realize that arguing is honesty.  Looked at this way, you can see that teens are fighting with their parents over the rules – not over the authority of the parents to set rules.  This type of arguing is actually a sign of respect. It’s not deceptive, and the underlying premise is a belief that parents have the right to make rules.  If they didn’t believe that, teenagers could say what parents want to hear and still do what they want to do.

Because parents don’t realize this, arguing with their teens causes them great anxiety.  Parents are more likely to hold on to the frustration after a negative interaction than teens.  Teens move on and don’t read as much into the argument, but parents dwell on it in their minds, sulking and catastrophizing (He’s always like this! We’re never going to have a good relationship!).  Reframing the arguing can really help parents stay calm.

Most teens view arguing as productive, not destructive.  They view it as a way to see their parents in a new perspective, a way for them to feel heard, and a way to find some common ground or compromise.  Parents should not say, “I don’t want to hear it!” “This is the way it is.” “Don’t argue with me!” or other such statements. These statements shut the communication down rather than open it up.

I  know this is true for my children.  They really need to tell their side and feel like their experience is validated.  This takes time and sometimes patience, but after I listen to them, they are calmer, and it is easier to find a solution.    Even the tiniest concessions make teens feel satisfied with the resolution.  This is not to say parents are pushovers; they are just respectful – listening and taking into consideration the child’s argument. They are hardly children anymore!  These teenagers will be adults soon and we should treat them like their opinions matter as much as an adult’s (almost) and help them get in the habit of expressing their feelings, using their words to get what they want, and staying calm and kind in a discussion.   We teach them how to do this by explanation and by our example.

Parenting in the age of electronic devices is new and uncharted territory for all of us.  There are many articles and posts with great suggestions and solutions, but I wanted to add my voice to that conversation and share some lessons I’ve learned in the past few years.

When our daughters were 16 and 14 they saved their money and paid for half the cost of their iPad Minis.  It was toward the beginning of teenagers (or anyone) having these types of devices, and I was quite naive as to what could go wrong or what parameters I should set up.  It was very difficult to go back and take away electronic privileges that they had become accustomed to.  If I could do it again, I would set up the following standards and constraints from the very beginning.

If I’d set up these parameters early on we could have avoided some frustrations and problems with my girls’ device use.  Hopefully some parents can learn from my mistakes!

Note: for a more in depth look at handling teens and their electronics use see Electronics. Also, here is an example of a electronics contract between parents and teens (on Saren Eyre Loosli’s blog), which can be used as an actual contract or to facilitate a conversation and help you remember all the important points you want to cover! 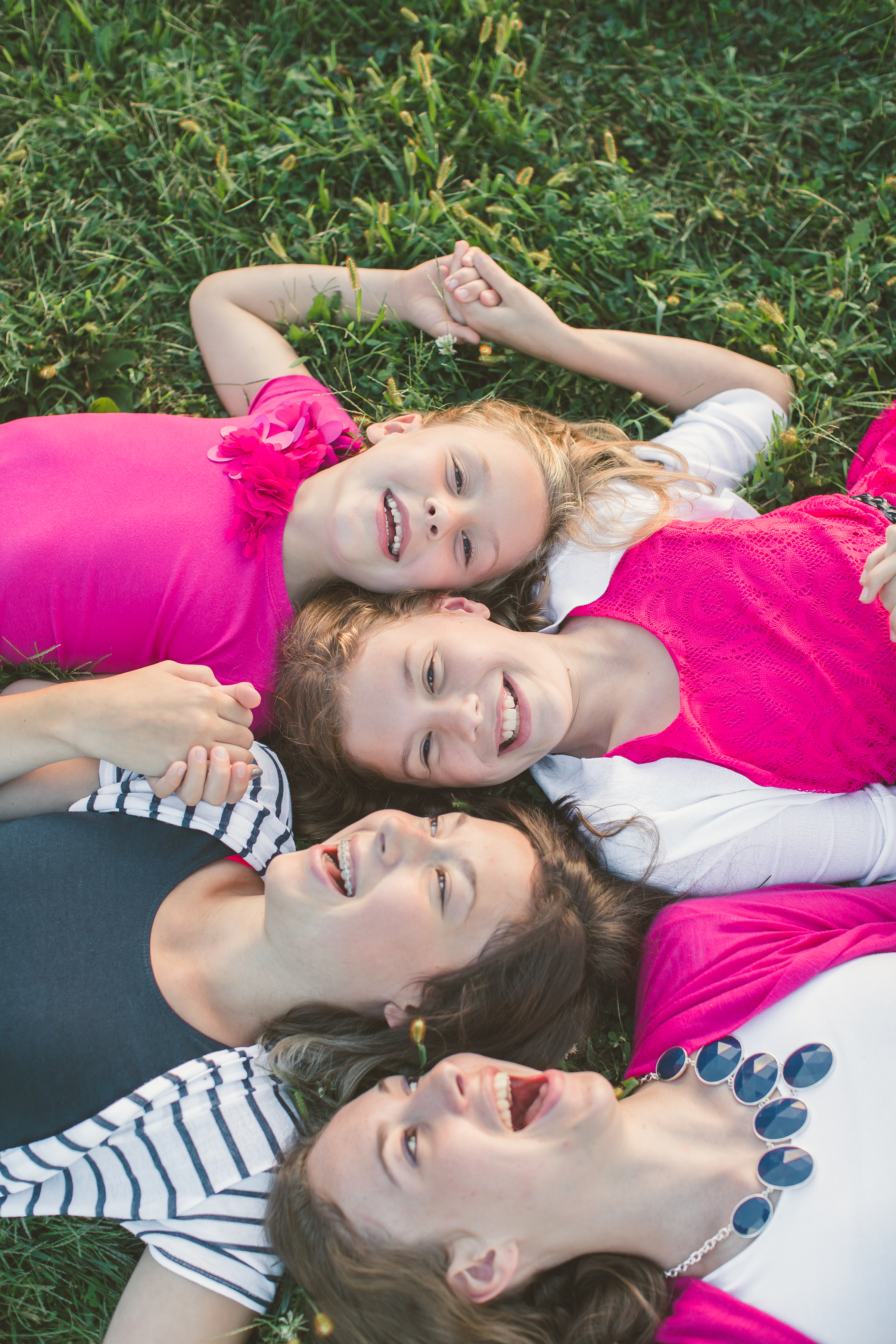