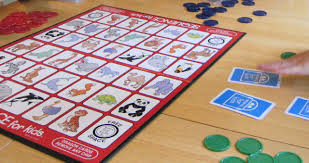 When you sit down to play a game with your children, consider what your purpose is in playing that game.  Is it to teach them to play that particular game, say Candy Land, by the correct rules?  Is your purpose to spend enjoyable leisure time with your children? Is your purpose educational, to practice counting or reading the cards?  Maybe you have a different purpose altogether or some combination of these things.  I think you should throw out the purpose of how to play that particular game by the rules.  When you’re playing games with your children, let the rules be a jumping off point or a foundation, but don’t adhere so strictly to them that it interferes with the other two purposes.  Take a moment to remember your children’s developmental stages and needs.  These abilities and needs rarely have much to do with learning the correct way to play Candy Land.  Their needs are: to spend time with and have attention from you; to bond and become closer with you; to learn about appropriate social skills and interactions; to have fun while practicing their counting and reading skills.

Playing games at home can and should be played with rules adjusted to the needs of the child.  For instance, when I first played Memory with my child, she was about 2 years old.  She was too young to remember the pictures and match them, so I changed it a little.  On each of our turns, we turned over two cards but we left them turned over, so we could see them for the rest of the game.  I asked her if they matched and, as we turned more cards over, had her look around and see if she could find any matching pairs.  When she found two matching cards, she got to keep them.  The rules say the player who gets a match gets another turn, but we didn’t play that way.  We went back and forth, each person turning two over and looking for matches.  We talked about taking turns and noticing the details on the cards, and I pointed out specific colors and items in the pictures.  She was learning about social interaction, turn taking, awareness, and listening, as well as new words and descriptive phrases as I narrated what was going on.

When she got to the age and stage where playing this way was easy for her, we moved on to keeping the cards face down.  But when someone found a match she still didn’t go again.  That way one person wasn’t able to collect too many matches and take away the fun of the back and forth. Obviously, the parent is more likely to be the one to win in this way, and the game becomes less fun for the child.

Just the other day I played Old Maid with my seven-year-old.  She said, “Can we take the Old Maid out?”  Children hate that Old Maid!  It provokes anxiety when they have her in their hand, and they hope so badly someone takes her.  That way of playing is not fun for my daughter so I said, “Sure! We can take her out.”  It simply becomes a different game, where each player is finding matches and putting them down.  There is just as much benefit to playing that game as the actual Old Maid game. The cards we were playing with happened to have different careers on them (Fireman Fred, Stanley Scientist, etc.), so we talked about the people and their jobs.   My purpose was to play something fun and enjoyable with my daughter.  The process of looking for matches and discussing the different professions were added advantages.  Maybe she’ll never want to play Old Maid the correct way.  It doesn’t seem like that will matter too much in the quality of her life.

You can see from these examples how you can take any game and change the rules slightly to fit your purpose.  Be creative in adjusting the game to help your child have fun and learn something.  Don’t be so focused on the rules that you are blinded to these great opportunities!

Many parents get uptight about insisting children play by the rules, and this can be an obstacle to enjoyable family time.  Remember that the rules of the game are completely arbitrary.  Someone else made them up!  You do not have to follow them.  You can just as easily make up your own rules or tweak the rules, even as you are playing!  Young children do not understand the need for or purpose of certain rules of play.  As children get older you can play versions of the game that are closer and closer to the actual rules.  You can tell them there are a lot of different ways to play the game, some ways are for younger kids and some ways are for older kids.

The less emphasis you put on winning, losing, and keeping score, the less uptight your child will be about those things, and she will be easy-going and generous when playing with others.  Easy-going and generous – those are the traits we want to strive for as parents!  We can model those traits as we play games with our children.

When children are old enough to read and play games independently, by themselves and with others their age, they will begin to see the importance of playing by the rules.  Because of their desire to get along with their peers, they will want to be fair and will understand the necessity of having every one follow the same rules.  This comes naturally and doesn’t need to be coached by parents.  If you feel you must, when your child reaches this age you can say at the beginning of the game, “When you play with other friends, they are going to want to play by the rules.”

Sometimes you change the rules before you start the game (with or without talking to your child about it) because it fits the child’s needs.  But sometimes the child will want the rules changed in the middle of the game, because she is losing or didn’t get what she wanted.  There’s no one right way to handle this, but I would suggest being flexible.  Don’t rigidly say, “You have to follow the rules!”  If it’s just you and the child playing, feel free to break the rules.  If she says, “I don’t want this card, can I give it back?” say yes!  Again, the rules are arbitrary, so you can arbitrarily change them.  The younger the child, the less important it is to stick to the rules.  If it helps you, pretend you are playing a new game with those same cards, one where whatever she wants to do is fine.  Pretend that is what the rules actually say, that she can give the card back if she doesn’t like it. Your philosophy can be, “Sure, you can give the card back – I’m just here to play with you, however you want to play.” Some parents say, “She has to learn to follow the rules.  That’s how the real world works.” (See my post on Allowance for another instance where this logic doesn’t apply!)  That may be true, someday, but that’s a long way off.  And it doesn’t have to be the parent who teaches that lesson.  Why not let her experiences in the world teach her that, and you as the parent can be the good guy?   When she’s in elementary school she will have a natural desire to play by the rules.  She will have the cognitive ability to see that rules are important.  Until then, there are so many other benefits of playing games together!  This one-on-one time is crucial for your relationship and her development.  Don’t interfere with it by worrying about the rules.

If you are playing a game with children of multiple ages, you will have to balance their needs.  Older children will be adamant that younger ones follow the rules.  You can try to talk to the older child about how the younger one doesn’t understand the rules, and we should let her play her way.  If the older child won’t agree with that, talk it out between the children.  Use problem solving skills and encourage compromise until you come to an acceptable conclusion. Again, pretend this is part of the game, the part where you practice those skills!  This teaches children flexibility and gives them an awareness of others’ needs.

This does not mean that the younger one always gets her way.  Sometimes the compromise is in favor of the older one, and the younger one might be upset about that.  This is another skill she is working on, how to accept a decision she doesn’t like.  But there’s no need to draw unnecessary attention to this behavior or say, “You’re a sore loser!”  Be empathetic and calm; for example, “I know it’s hard when you don’t get what you want.  Try to have fun just playing the game.”  It would be easier if there were one correct response to these dilemmas, but you just have to find a balance and be calm and kind in responding to both children.  If this is a frequent problem you can have a system such as on even dates John gets his way and on odd dates Jane gets her way.  Sometimes that will solve the issue right away, sometimes you will still want to have a discussion and problem solve to help them learn how to communicate and to help ease some of the emotion.